THE SITUATION OF BATWA COMMUNITIES IN KIGEZI REGION

Our organisation works on human rights advocacy and provides support to human rights defenders in the region specifically Kabale, Kisoro, Kanungu Rukungiri, Rukiga, Rubanda, and Ntungamo Districts of southwestern Uganda. The organization has been engaging robustly for the last 2-3 years.

As you may know, Uganda has been faced with a double human rights situation both because of COVID-19 pandemic but also the political environment. Some people who have since died, others displaced while others are tortured, and they include some in Kisoro and Kanungu and we worked on a case of a youth who was since returned; tortured, visibly traumatized[1]

Our organisation’s role in monitoring and documentation of human rights situation is visible[2]. Individually as the team leader, I was involved in the Electoral process and Human Rights issues as monitor supporting various national level organisations with information inclusive of the NCHRD-U, NGO Forum, CCEDU, ACFIM, UWONET and Chapter Four Uganda. This exposed me to Human Rights issues among the Batwa Communities.

Uganda’s Batwa community are highly vulnerable; they don’t own much land and often don’t have access to capital. They were one of the earliest residents of the Equatorial Forest – consisting of Uganda, Burundi, Rwanda and Democratic Republic of Congo – and are defined by their unique history of forest-dwelling and hunter-gatherer lifestyle.

Today, the 6,200 Batwa living in Uganda are mostly landless labourers. They often live as squatters on remote, hilly and isolated locations because they’ve been progressively marginalised and forced off their ancestral land. This started in the 1930s – when the British colonial government declared Uganda’s forests as “reserves” – and, later on, when some forested areas were cleared for agriculture.

In Uganda in the 1990s, the majority of the indigenous Batwa people were evicted and displaced from their ancestral land, the forests that they depended on for survival. As a result, the majority of Batwa people now live in poor status and have to depend on others for survival through offering cheap labour. They can only eat when they have worked and most cases there is no work.

The COVID-19 pandemic has strongly affected many people and in many ways. This does not exclude indigenous people who are frequently regarded as the poorest and may live below normal standards of living compared to other people in the world in which case the Batwa are not spared.

Photo 1: Batwa women are being affected more than men by the COVID-19 pandemic (Photo by LOSCO, June 2021)

In this period of COVID-19 where everything is achieved through struggle, cheap labour is not always required. Before, the Batwa would sell used bottles on the roadsides, work as potters, clean, and pick up rubbish around homes and hotels; however, due to COVID-19 they are prevented from leaving their homes to look for food. Increased hunger and poverty among the Batwa has become the order of the day.

Furthermore, in this period, agriculture has gained a lot of value. Everyone is looking at farming as the only means of survival since it’s among the few activities allowed to continue operating in this activity restrictive time. This however, favors those with gardens or land to cultivate and produce food to sell and to eat. For Batwa who do not have land at all, survival in these hard times is very intricate. They that had been surviving by offering cheap labour like washing, cleaning, carrying garbage among others have been forced to stay at home, and hence are unable to get jobs.

As we look forward to overcoming the COVID-19 pandemic, a lot of harm has already been caused towards the Batwa Community. It would therefore be a prudent attempt to render any available assistance financially and materially support these Batwa people.

We assessed how their poverty and marginalisation affect their ability to adapt to development processes. We also examined whether their needs and concerns were incorporated in the design and implementation of adaptation responses.

Photo 2: Some of the Batwa Children given Hope for the day (Photo by LOSCO June 2021)

One of the most important ways to support adaptation is to listen to the affected communities and learn from their experience and needs. Yet, the Batwa lack voice, agency and influence in development planning and actions.

As a result, they’re often not recognised or represented in the design and implementation of adaptation responses. This means the responses don’t meet their needs or realities.

Photo 3: A family Man Standing next to his House. This is symbolic of the many that have not yet been assisted (Photo by LOSCO, June 2021)

Many Batwa members felt excluded from the political processes in Uganda due to systemic and structural barriers. For instance, many of them don’t have national identification cards as they are not recognised as Ugandan citizens. They also lack access to education because of school fees. These factors limited their ability to influence national policies and participate in politics[3].

Batwa situation provides valuable insights for Ugandan policymakers, and other contexts where communities share similar experiences of inequality and systemic injustice. Indigenous communities – like the Batwa – are some of the most vulnerable to climate change and are in dire need of plans that address their hardships. Yet, in many places climate-affected communities have found themselves sidelined with the consequence that adaptation efforts often fail to meet needs on the ground.

Photo 4: Some view of the Batwa Home that presents the ideal situation they live in. (Photo by LOSCO, June 2021)

Photo 5: These Children find themselves in a situation where they have to fend for themselves (Photo by LOSCO, June 2021) 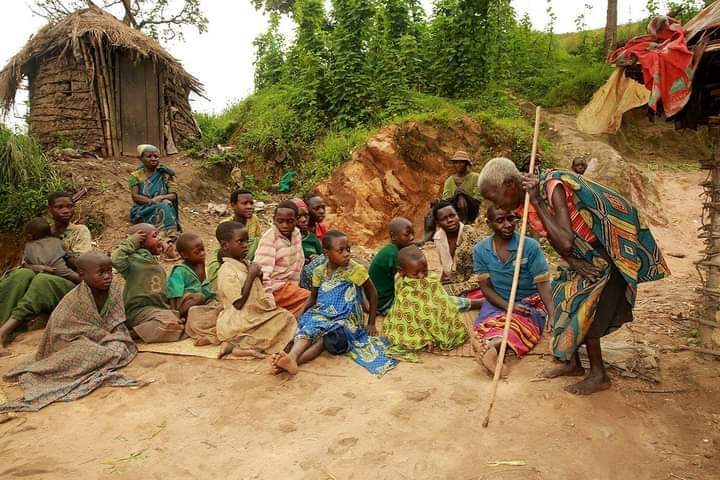 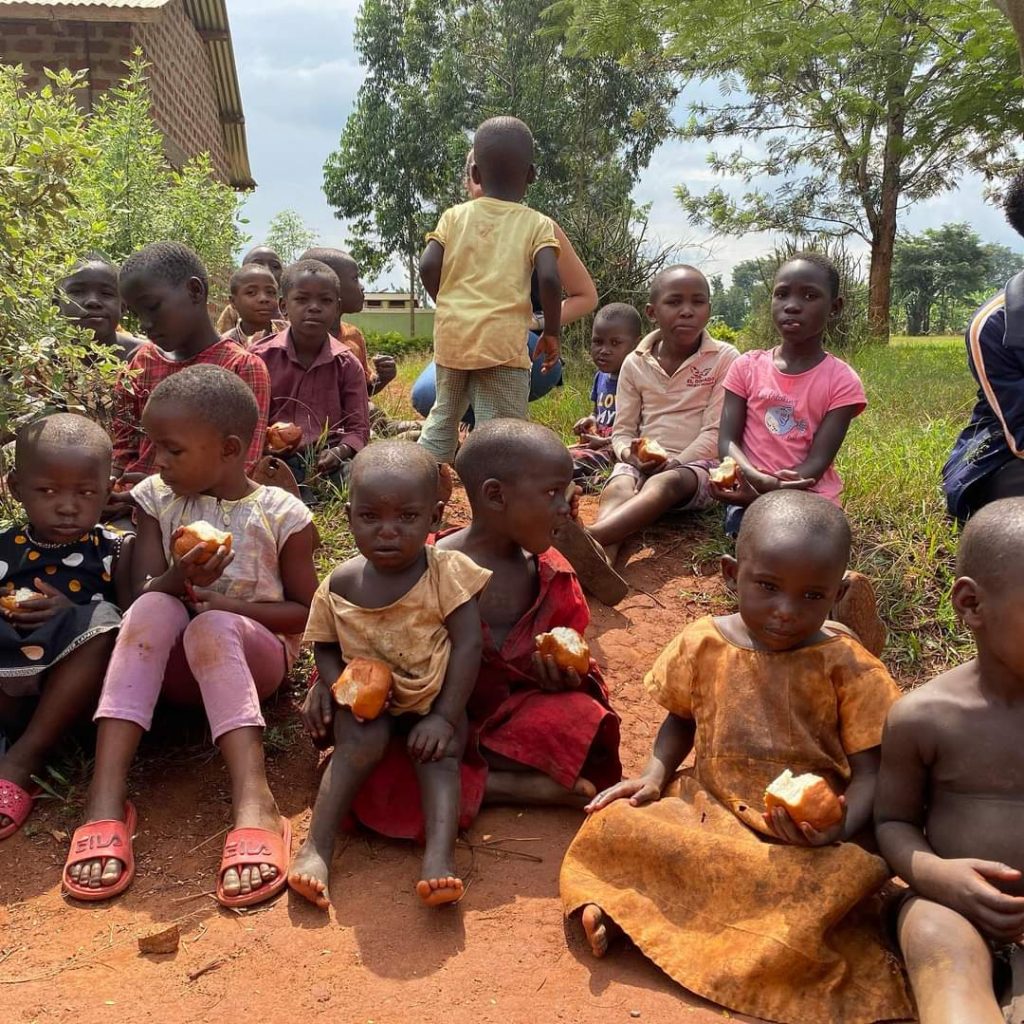 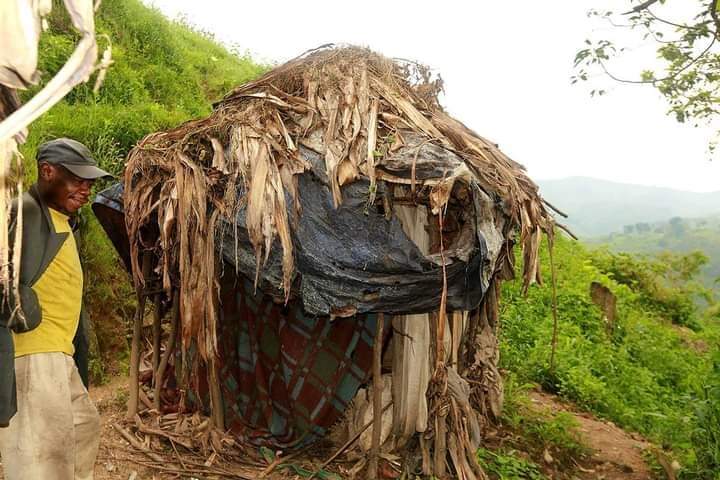 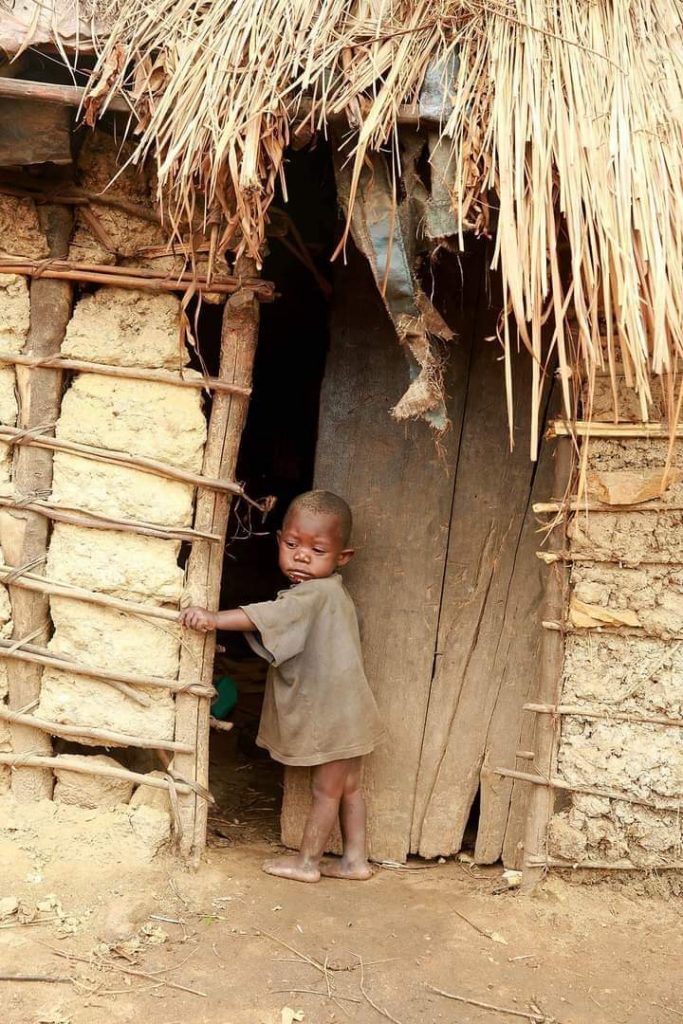 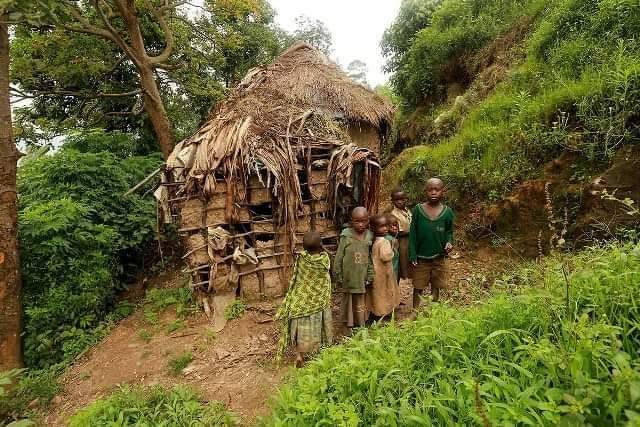