WHO IS A YOUTH?

A young person especially: a young Male/ Female between adolescence and maturity

Human Rights are natural entitlements that accrue to everyone by virtue of being Human. 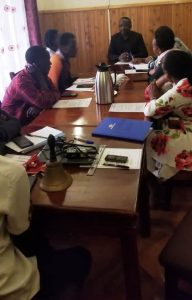 A human Being is a Man, Woman, Child with a sense of Reason.

Human Rights go Hand in Hand with Human Responsibilities but ignorance of one affects the role of the other.

It stresses that developing capacities for participation is an important result in itself.

The youth can preserve human rights for generations and implant the importance and value of fundamental rights and freedoms in people’s hearts.

As youth, we should convey the message of human rights to society.

The UDHR is adopted in 1948 December 10th a milestone document, which proclaims the inalienable rights that everyone is entitled to as a human being – regardless of race, colour, religion, sex, language, political or other opinion, national or social origin, property, birth or other status. Available in more than 500 languages, it is the most translated document in the world. In Uganda, it was 9th December 1998 that Declared HRD Day 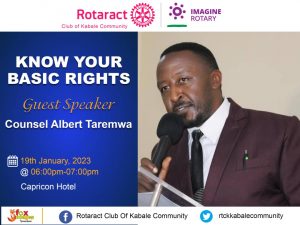 The adoption of the Universal Declaration of Human Rights in 1948, human rights have become more recognised and more guaranteed across the globe. It has since served as the foundation for an expanding system of human rights protection that today focuses also on vulnerable groups such as persons with disabilities, indigenous peoples and migrants.

Pursuant to Human Rights Council Resolution 35/14, The documented discrimination and some of the challenges for young people in accessing civil, political, social, economic and cultural rights.

In its resolution 1983/46, adopted at its 39th session, the Commission called upon states to take appropriate action for the exercise by youth of all their human rights-

Everyone is entitled to these rights, without discrimination.

(1) Every Uganda citizen has the right to participate in the affairs of government, individually or through his or her representatives in accordance with law.

However, the promise of the UDHR, of dignity and equality in rights, has been under a sustained assault in recent years. As the world faces challenges new and ongoing – pandemics, conflicts, exploding inequalities, morally bankrupt global financial system, racism, climate change – the values, and rights enshrined in the UDHR provide guideposts for our collective actions that do not leave anyone behind.