GENDER BASED VIOLENCE A SILENT DRIVER OF GLOBAL MALNUTRITION AND POVERTY

’Violence’ means any form of physical, emotional or mental injury or abuse, neglect, maltreatment and exploitation, including sexual abuse, intentional use of physical force or power, threatened or actual, against an individual which may result in or has a high likelihood of resulting in injury, death, psychological harm, mal-development or deprivation.” 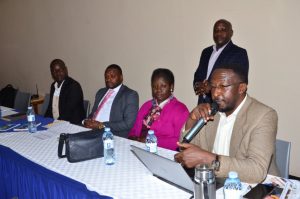 Hon. Betty Amongi, the Minister of Gender, Labour and Social Development (MGLSD) presented a statement on the l6 Days of Activism Campaign against Gender-Based Violence (GBV). This global campaign was inaugurated in 1991 and spearheaded by the Women’s Global Leadership Institute (WGLI), a program at Rutgers University in New Jersey USA which trains women in leadership based on global good and practice.  The campaign has since grown globally and is marked by a wide range of activities organized by various stakeholders. This year 2022, marks the 31st Anniversary of the 16 Days of Activism Campaign.

The 16 Days of Activism Campaign commenced on 25th November, which is the International Day for the Elimination of Violence against Women, with a National Launch which flags off various activities at national and district levels in line with the national theme and ends on 10th December, which is the Human Rights Day. This year’s Global Theme is; UNiTE! Activism to End Violence against Women and Girls“. Uganda has adopted this global theme as the National theme

Violence against women and children in most communities, include poverty, substance abuse, discriminatory gender roles, and widespread acceptance of violence, which are reinforced by social norms.

Violence in all its forms remains a public health concern across the world. Intimate partner violence (IPV) can be physical, sexual, emotional, and psychological, among other forms.

Previous research has shown that women are susceptible to poor health outcomes due to violence. Violence against women can have direct health consequences related to injury or psychosocial distress, such as anxiety, depression, and trauma, stress—which may last longer even after violence is no more.

Previous research shows that women who are exposed to intimate partner violence are more likely to acquire HIV than women who have not experienced intimate partner violence. Other negative health effects associated with violence include induced abortion, low birth weight, suicide, homicides, and alcohol disorders. Due to this, there is a need to start recognizing violence against women as a societal or community problem rather than an individual problem.

Gender-based violence (GBV) is a serious violation of human rights and a life-threatening health and protection issue. It refers to harmful acts directed at an individual based on their gender, and is rooted in gender inequality, the abuse of power and harmful norms. This can take several forms such as intimate partner violence, sexual violence, child marriage, and female genital mutilation. 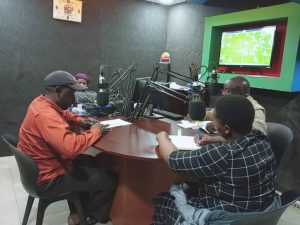 An adult in the neighborhood ever: • punched, kicked, whipped, or beat a child, choked, suffocated, tried to drown a child, or burned them intentionally!

Emotional Violence – Drains Emotional Stability and that has a high probability of damaging a child’s mental health or his/her physical, mental, spiritual, moral, or social development. This is more on emotional acts of violence perpetrated by parents, adult caregivers, or other adult relatives.

According to the United Nations (UN), food insecurity is increasing in Uganda, rising from 24.1% in 2006 to 41% in 2018. The ongoing COVID-19 and Global Economic crisis have contributed to this considerable increase in Ugandan food insecurity and is likely to continue to do so. Likewise, there is great concern that GPV is increasing across the world because of social isolation, poverty and despair due to COVID-19-related lockdowns, social and financial hardships.

Due to GBV, the productivity rates are so low due to low energy levels that are always responsible for physical attributes to work hence low food production. Uganda. This is coupled with Land and Property Ownership Issues.

Mental health issues (depression or anxiety), which occur when concerns about food availability are accompanied by poor coping mechanisms such as alcohol consumption, can further lead to GBV and the concept of ‘patriarchal risk’ can help to theoretically explain the cultural and societal dependence of women on male family members for food and protection, and traditional gender roles are closely linked to all dimensions of food insecurity: access, availability, stability and utilisation. Although women tend to have less control over the household budget, they are often held responsible for feeding the family and blamed if they fail to provide food on the table, leading to different harmful coping strategies such as transactional sex, which in turn increases their risk of HIV.

There is a lot of GBV among the Teenage parents (Mothers) and Poverty is the leading cause leading to limited capacity to provide for.