–    Support the CSOs reach out being a component of the state.

– Enhance the legitimacy of the sector 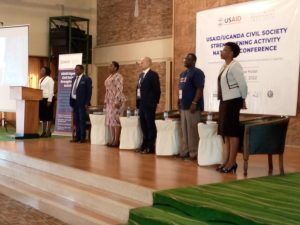 –   Hand in hand to improve the state Transparency and accountability.

– Respond to the rights of Ugandans

– The government must be in position to support these groups.

–CSOs also must be transparent and accountable

–       Partnerships and Networks are essential to the work of CSOs

–       Working together with other private sector and Government CSOs can benefit a lot.

Hon. Nobert Mao – The President for Democratic Party and the Minister for Justice and Constitutional Affairs had something to say that; 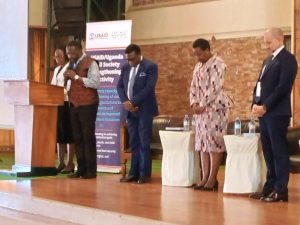 God only gave 10 commandments BUT the state has given a lot. Political parties are part of the CSOs until they get into power and forget they were part of the move. Many people in this country need our voices and have been forgotten. It’s important to unpack the complex terms and concepts used in Civil Society.

Local people need to understand these terms and ensure the concepts are result based.

“At the Time I was in the CSO sector as a Struggling Lawyer, I was not only the lone applicant for the job but also was paid only US$ 350 for the first salary”

The National Powers are also threatened by Multinational powers. Power is Power but changes in form. Change comes with friction and there is no way you can avoid it. Continue pushing back against the unhealthy friction.

The chair of the Human Rights Committee MUST be an Opposition Person. The State must be responsible for the decisions made. We can all be part of the Problem or the solution. No problem can be solved without facing it.

The OWL told a Frog that I deal with Broad issues and Details are yours. There is a difference between Being Concerned and being involved. CSOs must be graduating to this aspect where they are more involved in the issues that affect the communities.

The Special Seats include CSOs.

Civic Space trends…. Need to be vibrant and it’s important to understand that the rule of law is not suffocating the space.

Issues of Concern from CSOs

1.    Human Rights- Freedom of Speech – there is a tendency of people using their freedom of speech to hinder other people from using the same. It is possible that when defending the rights of others, some categories are not considered.

2.    Democratic Development, Transparency, and Digital Media – How are they contract with the shrinking space.

Women and Youth Empowerment. Making sure there is inclusion at all levels, legal aid, litigation and Journalists.

On the other side:

Governments raise on CSOs issues of.

1-    Accountability – Money received, Annual Reports, – be compliant and leave no rome to be hurled against.

2-    Its Important to have good Partnerships and engagements with the MPs for them to understand the work.

3-    Digital world is a one most people are not well conversant with. Digital Democracy is an Area of Interest, Digital Rights,

Creating a conducive environment for Civic Operations especially adhering to the legal requirements by the President.

Lifting ban on all media houses.

Political will towards improving the Rule of Law, Human Rights and Democracy.

There is need to have closer collaborations in Ug and TZ, CSOs in UG & MPs in Uganda among others.

Civic Space is about issues that matter to people.

We should never expect to have a completely enabling environment because Civic Space has been Shrinking for decades. The contestation has been Power in people and People in Power.

The framework used by CIVICUS civic space Monitor. This assesses countries around five parameters of civic Space – Repressed space (Significantly constrained, activists targeted and imprisoned, internet surveillance is common, repression is also by the behaviour in civil society), Narrowed Space (Allows some freedoms some freedoms but with certain controls, media is controlled), Open Space (Support and Freedom from Government, Freedom to demonstrate, Tolerance), Obstracted (Civic actors are allowed operate but are heavily controlled, legitimized) and Closed (No Civic Activity in Place).

Open Civic – Africa has non but there is Finland, Sweden, Norway.

Uganda has a Hybrid nature of Political System. 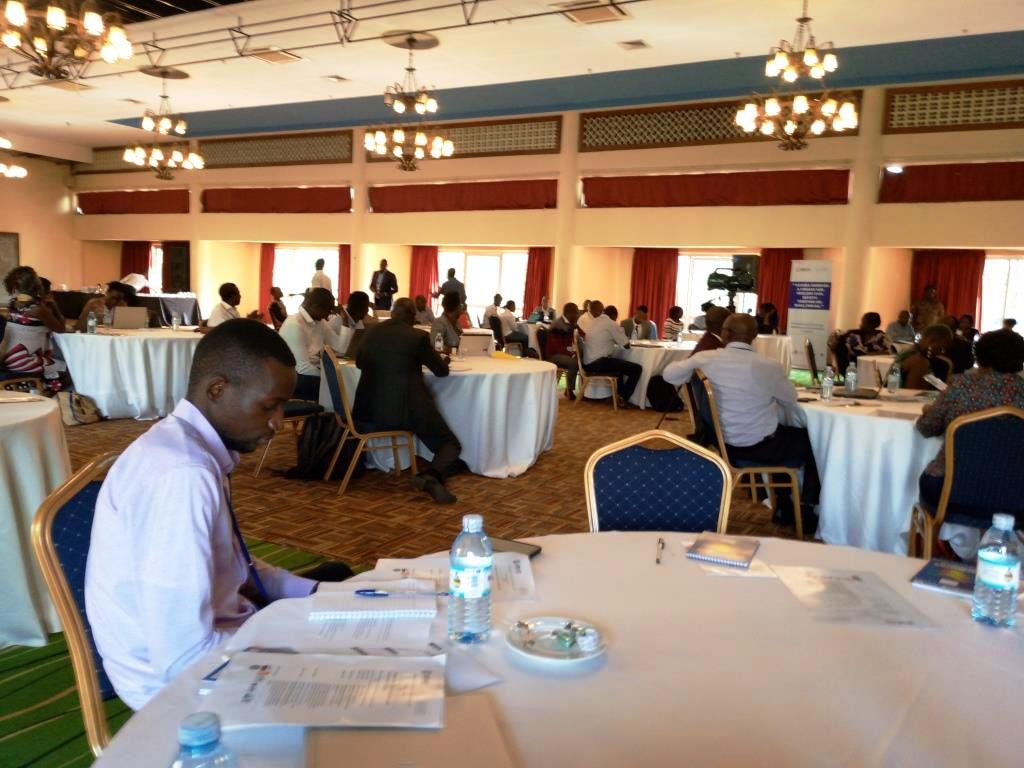 The foundation of Laws governing CSOs in Uganda are premised on Mistrust and Distrust.

The people who put in the foundation are pretty much still there.

The kind of violence defining election systems is unbelievable.

–   CSOs have been sometimes defiant. Do not wait for laws but reject repressive laws.

– Celebrate NGOs that are adaptive and Innovative.

We can agonize and blend people – the route must be through Dialogue and get involved in a national conversation.

The NGO Bureau is playing a punitive role than the supporting role.

–   They are bending more to the side of repression.

–  CSOs can champion the Dialogue.

What has been done

–       To Build resilience is also strengthened through community engagements for sustainability.

–Investment in human resources – beyond the ED, who still stands out??

–       Building capacity of other players involved in Civic Space.

–       Quarterly dialogues with the ministry of internal affairs

–       Move beyond boarders and engage with friends dealing with the same issues.

Not all Hope is Lost and Job 14:7 For there is hope of a tree, if it be cut down, that it will sprout again, and that the tender branch thereof will not cease.

LOSCO intentionally reached out to State actors for alliances and the reception was overwhelming to the extent that they now invite us to speak to them about Human Rights. That is Police, NGO Bureau, UHRC, Prisons among others.

Is it Possible for the Bureau to play a role in Resource Mobilisation?

It’s understood of the regionalization of NGO Bureau Offices but would you kindly enlighten us on the timeline so the weight is reduced on the Central Office? 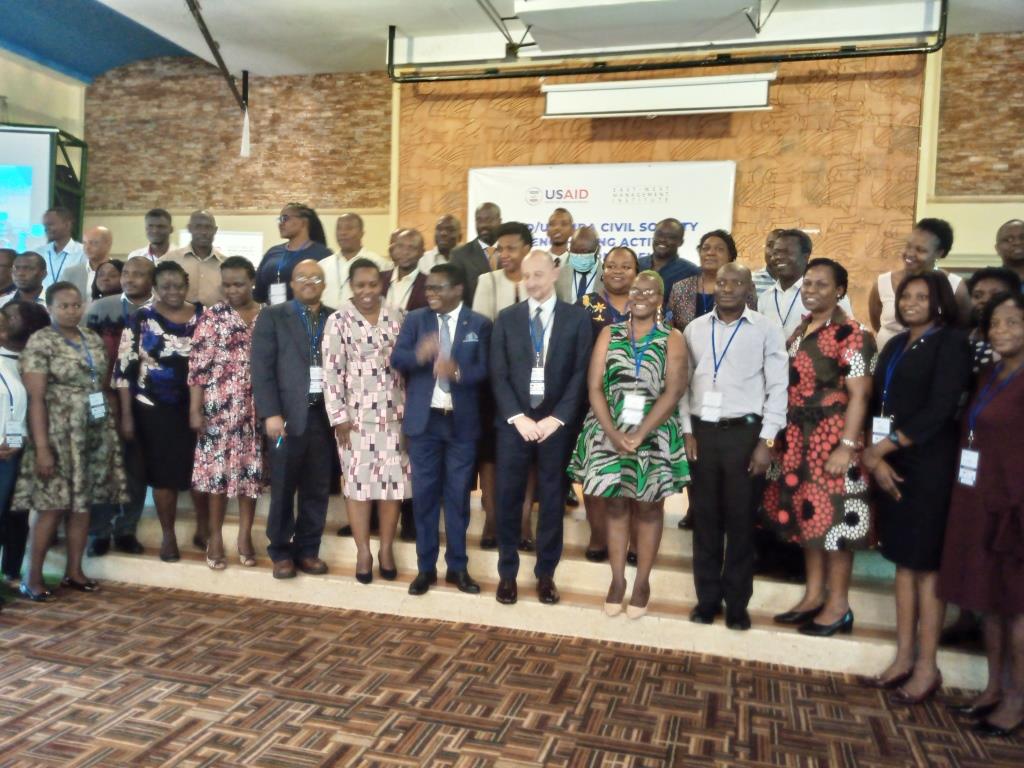 The need to Harmonise the MOU and the Permit…. Because there are challenges as earlier stated with MOUs.

We need to invest in Knowledge and Capacity building for DNMC they always admit that they are also constrained by the fact that most of their officers are limited in capacity. That we can take advantage of this Opportunity. A Sustainability aspect to programming.

·         Consent for changes on the operating documents.

·         Failure to operate with the internal governance systems.

Obligations for NGOs to

·         Pay attention to security and other laws in the country

How to increase compliance

–    Ensure you are filing returns

– Maintain collaboration and coordination with the MDAs involved.

–  You can appeal to NGO bureau ins case of dissatisfaction

–  And can also be to an adjudication committee

–       Financial Challenges – a lot has to be done on sustainability

–       Competition – Among the NGOs themselves

–       Collaborate and have more dialogue with NGO Bureau

– Keep mapping out and profiling the country contribution.

It’s a shared responsibility for compliance to be attained. This will enhance accountability, transparency, trust. Appreciate the competence.

–       One Stop Centre for Registration

–       Regionalize the Monitoring Committees to mitigate the funding gaps

–       NGOs Comply with the legal framework as is

Recommendation 8 requires that the laws and regulations that govern non-profit organisations be reviewed so that these organisations cannot be abused for the financing of terrorism. Thus, there are unintended consequences that will be avoided.

NGOs have been categorised are reporting entities but there are provisions in the standards to include them. The Law was enacted in 1999 when there were few NGOs and No Space to Shrink. Sydney – ED FIA

How do we influence the communities?

Building trust is a long time investment and cannot be broken simply.

There is also need for Mindset Change in our spheres.

We Need to Pay Attention to:

1.    Tell your Story – what impact you are making at the grassroots. Have voices,

3.    Leadership – nurture and develop the future leaders. Create transitions that work. Systems that speak to themselves. Build a Team around you!!

4.    Digital Acceleration – pick up the pieces and match the standards. Tap into the CRYPTO Donors!

HOW DO WE BUILD SUSTAINABILITY?

The starting point is on the mindset change. The sector is in the same storm using different boats. How to get out would be through coming together and navigate out of the financial starvation.

1.    Agility to context. Be able to program with the context in mind

3.    Equity to partnerships – Deconstruct the narrative of mistrust.

There is also a push back of the shift to the power movement. They need to rethink of the Country Office Models.

CSOs need each other and State Actors….

We took the Opportunity to receive the Commission in Kigezi for the New Office opened there under the leadership of Madam Twembi Theopista. We have enjoyed so far a very warm working relationship. We sit and plan together on the way forward and move together. We are yet to formalize our marriage or sorry Partnership. That’s a simple Example!

Much as it’s a recommendable step towards making impact as no man or Organisation is an Island, CSOs still have an element of internal Competition for Space, resources, visibility among others. CSOs soil each other before the funding agencies and remember Funders speak to each other and also share information. Would you kindly speak to the internal rifts among CSOs that are breaking there unity and development trends? Instead of supporting one another, we are among the greatest armies that finish themselves.

We don’t trust each other both internally and externally.

·         Can we share Ideas and change a thing or two? Expand and change the strategy.

·         CSOs are elbowing each other yet there is space for everyone.

·         Among the tools, MOUs, Agreements, Correspondences, partnership committees among others.

By Commissioner in charge of Communication

We are not engaging Article 18

·         EDs to the Authorities are the contact persons and the CEO for the Ministry of Information and ICT.

· Have MOUs with the Government Agencies.