Local Sustainable Communities Organisation (LOSCO) is a not-for- profit Non- Government Organisation that was initiated by a group of Church Leaders, Social Workers, and Local Community Development Workers to bring about practical inclusive development through promoting inclusive policies and practices. In February 2017, a defining moment in the structuring of the LOSCO was the establishment of the Working Group composed of representative members from the marginalised groups. Since the original initiative, LOSCO has evolved into a legally registered Non-governmental organisation with a mandate “To facilitate stable and sustainable community development”.

As a result, LOSCO in partnership with National engagement strategy (NES) has mounted a multifaceted response to address this shadow pandemic. This has involved working with local governments, justice, police and health sectors, as well as civil society and grass roots women’s organisations, to ensure safe public spaces for women and girls during the crisis and to strengthen the capacity of front-line service providers, shelters, and helplines.

In this challenging environment of the COVID-19 and with the sustained disproportionate lockdown restrictions, Civil Society Organizations (CSOs), and HRDs play an essential role. CSOs that connect to and work with marginalized communities with a focus on advocacy and accountability are key to ensuring that human rights, transparency, and citizen’s participation are safeguarded. Furthermore, in an environment where governments face unprecedented economic negative shocks and need to decide what trade-offs to make, civil society organizations that focus their work on research and analysis are essential to promote decisions that are evidence-based. Without organizations that represent a wide range of people, we cannot build just, peaceful and inclusive societies that ¨leave no one behind¨. 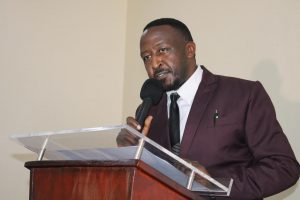 While restrictions may be justified when their temporary nature and proportionality are ensured, there is also evidence that, in many contexts, the current situation has been used as a pretext to limit civil society action in a targeted and unjustified manner.

LOSCO has been undertaking monitoring of human rights situation focused on gender based violence and land governance issues from the first lockdown and was able to issue statements concerning the same. As a result of those concerns above, LOSCO feels from her point of view, this necessitates a multi sector dialogue. This is aimed at stimulating a discussion on emerging gender based violence and land rights issues, concerns with the relevant stakeholders with a view of addressing them on expanding civic space in the Kigezi sub region.

To generate consensus between duty bearers and rights holders with a view of reducing the situation of gender based violence and land governance issues in Kigezi and also strike a balance between the work of the CSO’s and the Local government in a bid to foster development.

1)    To promote gender equality of leaders and citizens thus ensuring increased responsiveness to the rights and development priorities raised by the CSOs.

3)    .To create awareness on the trend and level of gender based violence during COVID-19 period and discusses ways how it can be reduced.

A dialogue talk show was held at white Horse Inn kabale and the dialogue started at 9:00am and ended at 12:40Pm.

Key people from different offices attended the dialogue and shared their experiences where one can learn ways of curbing gender based violence and irregularities in land rights in Kigezi region.

From the dialogue this was noted;

That there is need to make awareness on the raise Gender Based Violence [GBV] in Kigezi region. More still, land being a critical asset to us; where we move, transact business, construct social amenities, and do farming among many others. 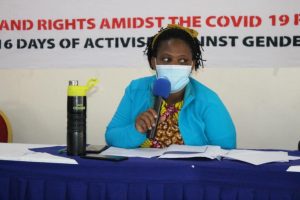 Most of our children are weak and victims because of violence. Sixteen days of activism in Uganda which began on 25th/Nov/2021 and is due to end on 10th/Dec/2021, call upon us to end domestic violence. We can this by ending teenage pregnancies, female genital mutilation, maternal related mortality and many others.

Gender based violence in kabale is a matter we have to address with a collective hand from; the police, local leaders, NGO’s supporters and the general community if it is to be reduced or brought to an end. In most cases there is sexual violence where most of the women are raped, and girls defiled and worse of all infected with HIV/AIDS.

Observation was made that before COVID-19 pandemic, gender based violence was slightly lower than during this era of COVID-19. In 2019, teenage sexual harassment cases recorded by probation office Kabale District was 1058 whose bigger number were females.  However, from March 2020 to date, there has been a sharp increase of 1312 cases.

Another contentious area we need to address that affected the community during the COVID-19 era, was the issue of land ownership.

The 1997 constitution grants land ownership solely to the citizens of Uganda. Foreigners cannot own freehold land but they can obtain leasehold. Foreign investors, individuals or corporate cannot acquire land for the purpose of crop or animal production. Land in Uganda belongs to the citizens and everyone has a right to own it whether a man or a woman. The citizens of Uganda own land under four tenure systems that is freehold tenure system, customary, leasehold and mail tenure system. Land can be owned through buying and making agreements, inheritance from parents, brothers, cousins, sisters and many others. Both man and woman have a right to inherit land and use it .When-buying land a woman has to appear as a purchaser not a witness. When land is owned as a family property and one partner is unaware, there is insecurity in a home, which later in brings about violence.

Where there are disagreements related to land ownership, the Uganda government has put up arenas where the community could be helped. Originally, land issues were being handled by the office of the Residence District commissioner. Today, the government of Uganda has opened up an office at every regional police responsible for handling land related grievances.

This unit receives land related cases, registers them, investigates them, and where need be developing files for court hearing and settle these case.

This he stated in order to show that there is need to first settle land disputes amicably before engaging the law.

There are many cases reported at Kabale police in the family and protection unit. Females accusing their husbands for neglect of their home duties report many cases. Spouses are always in disagreement over many issues.

This unit receives cases, registers them and reconciles parties where applicable. However where the two parties continue in disagreement, their case is referred to court for adjudication.

CAUSES OF GENDER BASED VIOLENCE and LAND WRANGLES 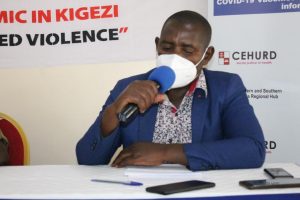 Poverty: This is where there is always limited resources in a family. The women in family mostly suffer because they do donkey yet some men tend to own the works of these women for example men steal the harvest, sell it to get money for alcohol;

Polygamy: Most men have more than two wives yet some have limited land and property. The result here is that the man will be unable to provide for all the necessary needs for that bigger family which brings about fights hence violence. 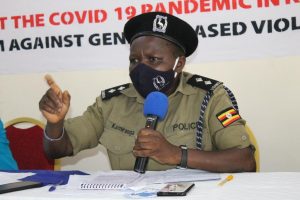 Lack of cooperation amongst spouses is also among causes of gender based violence in Kigezi region. Men don’t cooperate with women in most developmental tasks. They side-line women and do not involve them in decision making on family matters, women feel marginalized and thus I abide to point out their dissatisfaction, violence is what will come out.

Disrespect from different parties also has caused violence in homes. Some spouses under look their fellow mates and thus for one party to show he or she needs to be recognised, the other party is aggrieved and violence is what will suffice.

·        Create offices to address sexual based violence in the country

·     NGOs, private sector and local leaders should work hand in hand with communities to create awareness on GBV and the Rights to Land Ownership

·        The government should improve facilitation for police and Local council in order to timely reach out to communities where land Cases are identified. 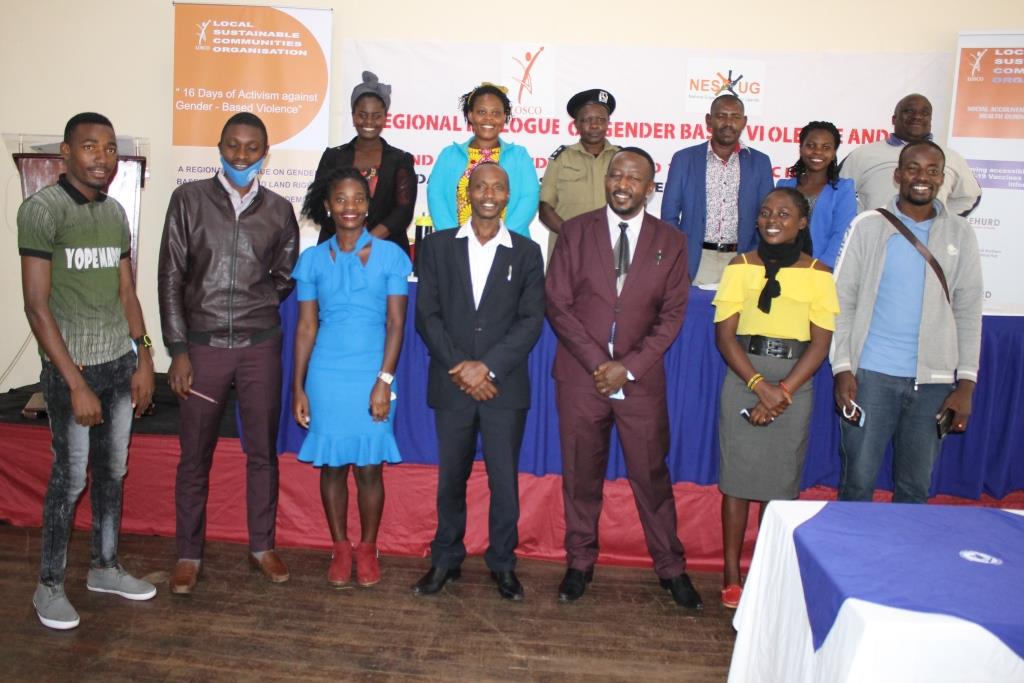